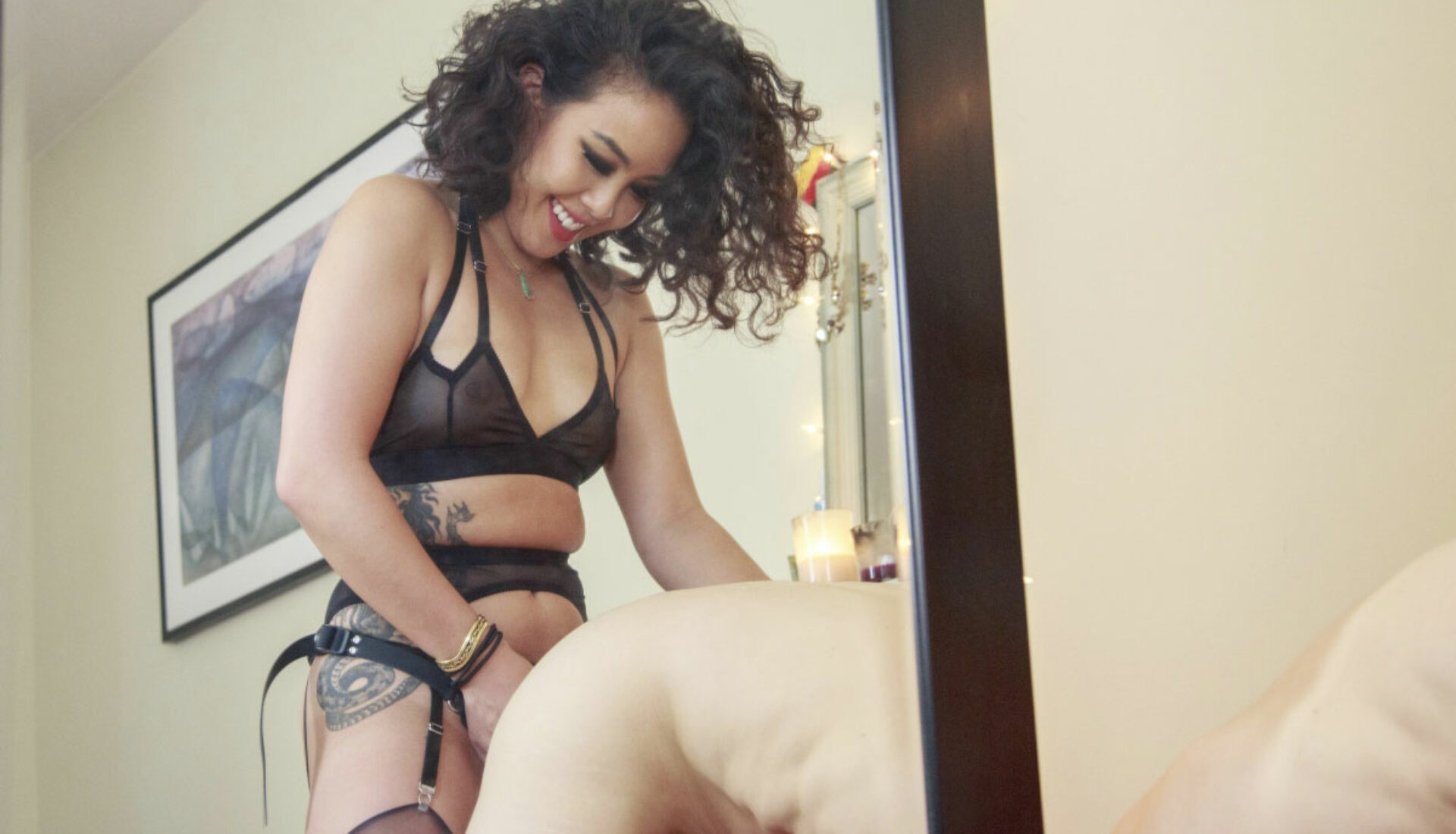 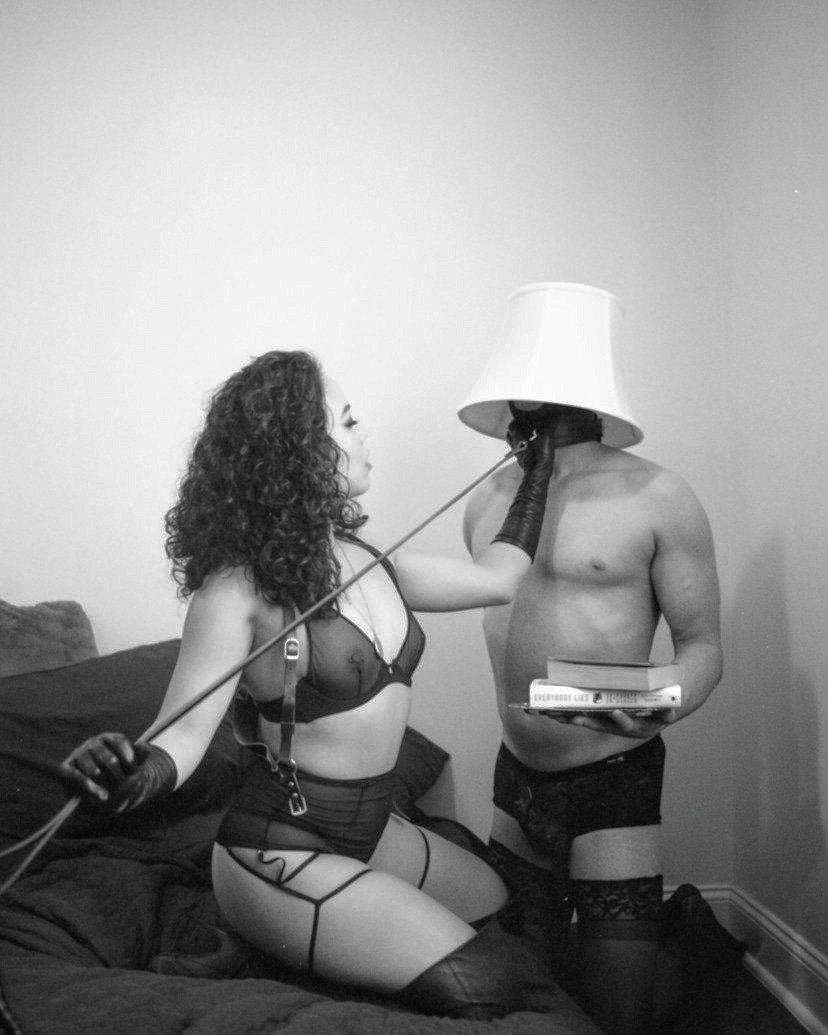 One of my biggest fantasies in my personal life has been human furniture, or forniphilia. The name itself is pretty self-explanatory. It’s humans…made into furniture. Isn’t the world of kink so strange and grand?

I love objectification. Something about making people into objects of my entertainment, reducing them down to pure form and function, is so very enticing to me. First, there is the element of restraint in both movement and choice – physical and mental bondage, and you know your Daddy loves bondage. Then there’s the act of creating someone into an object of your own choosing. Pure dominion and control over an autonomous human to create them into your sentient bitch-object. It’s utterly delightful!

One of my favorite bondage studios is House of Gord, purely for their excellently twisted modes of creating objectifying people through bondage. I love nearly everything they post – the pure sexual objectification in all the bondage bottoms is both innovative and oh-so-very humiliating. I frequently try to replicate some of their postures in my own practice, but alas, most of my clients are neither fit nor flexible enough to keep those positions for long enough. Also, Jeff Gord has so many specialized pieces of furniture that some of the poses are nearly impossible! I truly admire his dedication to his craft in that regard.

I mean just look at that! I didn’t even have to dig deep to find that magnificent creation. The entire site is brilliant, and I highly recommend you all take gander. I would love to shoot for them at some point. It would be a dream come true!

Human furniture is also a regular theme in popular culture and art. I get particularly giddy coming across it in some of my favorite TV shows. Most recently, it appeared in Succession, my current favorite HBO show. Having human furniture in it doesn’t hurt, either. 😉

A quick survey of Google Images brings even more sources of beautiful human furniture. I highly recommend you taking your own little dive into it if it interests you. 😉

The artist, David Blazquez, has done a couple of iconic human furniture photos that periodically make their rounds on Twitter every couple of months. I’ve had them saved in my pervy inspiration photos on my computer since my Domme inception. They’re aptly titled Human Furniture, or Molbiliario Humano.

Speaking about lamps, you may have noticed the featured picture of this blog post. The photo is by Lauren Dickerhoof, shot during one of my East Coast tours in NYC. I think human lamps are hilarious, and I’ve even done a video about it. It’s actually one of my favorite videos ever, purely because it’s about human furniture, obviously.

I like human furniture so much that I even messaged someone on a kinky dating app about it (who appropriately had a profile picture of him with a lampshade on). We never met up, but my enthusiasm for his profile was so great that I couldn’t contain myself and had to message him (and I pretty much never message people first). My dream home (or dream dungeon) would be entirely composed of furniture in the form of humans. And I’ve yet to get a pure human furniture session, so here is my friendly suggestion that they are always welcome…

I’ll be back to taking sessions in LA starting November 14th. It’s been a whirlwind couple of weeks! 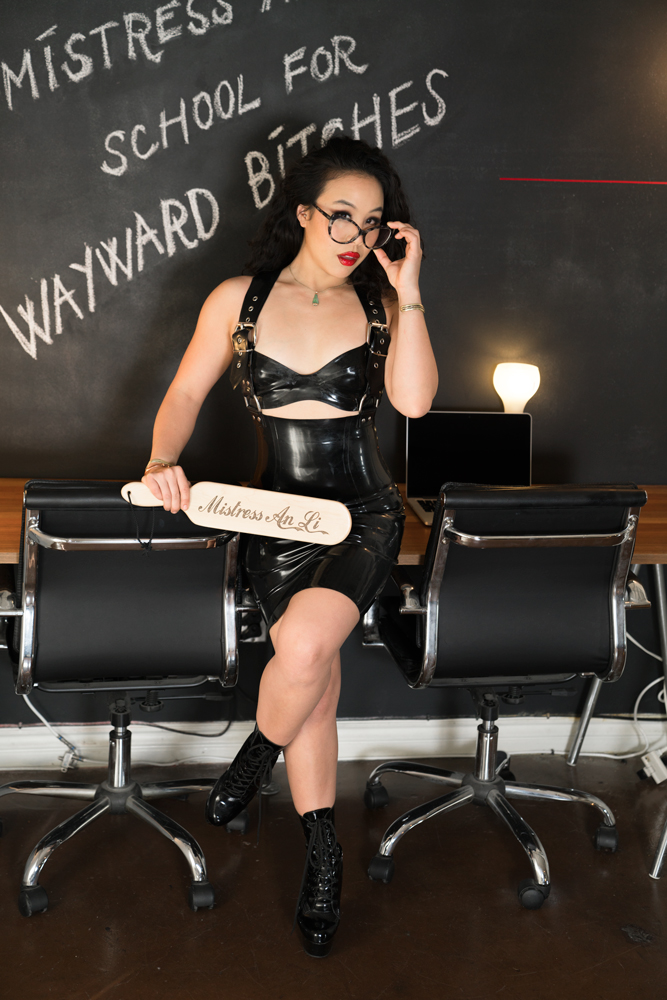 It’s been nearly a whole year since I’ve been back to the East Coast. Have you missed me? I will be making my usual rounds to Washington D.C. and New York City, and my travel dates are as follows:

For DC, I will likely be taking my sessions at a private incall location in or around Dupont Circle (location is not booked yet and will be finalized in these coming weeks). For NYC, I will be taking sessions at my beloved Parthenon/Rubber Studio or La Maison du Rouge (as well as tentatively a couple other playspaces in Manhattan). I adore the dungeons in NYC and only play in the best!

My DC trip is always fully booked, so be sure to book in advance. In particular, my full toilet training sessions get filled up quickly (and I only have one a day), so if that is your fancy, be sure to schedule in advance.

As usual, deposits required. Use my website contact form to submit your polite inquiry ahead of the rush (and be thorough if you want to have some thorough fun ;)). The earlier booked, the better – I will not be able to accommodate specific fetishes or attire requests once I’m on the plane!

Remember: I only visit DC/NYC once to twice a year. Don’t live a life of regret once I’m gone.

xoxo Never yours,
An Li
PS: I’ve been getting a lot of session requests for Chicago. If you’d like me to add this city (or your city within the US) into my regular travels, booking a 5h session or generously sponsoring my flight, lodging, and accommodations on top of my travel tribute will get me there.

I will be visiting visiting my hometown tomorrow for Folsom on Sunday! Hello Bay Area, did you miss me? It’s been half a year since I’ve been back, and I’ve missed the hills and trees and bay air of my childhood so very badly. I will officially be taking sessions from Friday, November 22nd to Tuesday, November 26th. Please note that as I will be in town for Folsom Street Fair, I will not be taking sessions on Sunday, November 24th. If you would like to see me on Sunday, your best bet would be a cashmeet while I wander around with my fabulous kinky friends! You wouldn’t want to take away from my enjoyable time, would you?

I’m extremely pleased to announce that I am a Guest of Honor this year at DomCon New Orleans. (Look Ma! I’m a real Dominatrix now!) I am still in the process of booking my tickets, but you can bet your damndest I will be there to receive my plaque. This will be my first time in New Orleans, and it is easily one of the cities in the States that I’ve wanted to visit more than anywhere else. Creole food, jazz, and booze – what more could I ask for? I will be taking extremely limited sessions while I am in town to fully soak up the DomCon festivities and even more so, the food, food, food! Be sure to check my latest travel updates for finalized tour dates to the city.

I have been getting a lot of inquiries about my annual East Coast tour. As this year has been a bit more hectic than most, I still have yet to plan it out. Don’t worry, I haven’t forgotten about you. My East Coast tour dates have been moved back a bit later than usual and will probably be in early to Mid-November. Have I never visited your city? Now is a good time to inquire about it – I am more than happy to include your city on the tour as long as my tickets and lodging are generously provided for. 😉