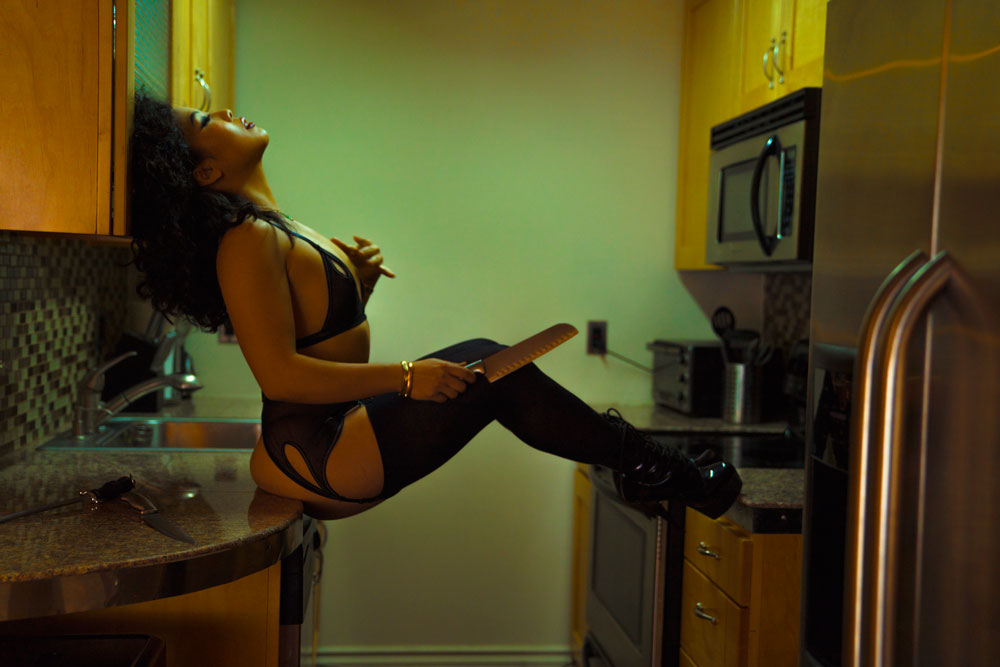 I had a pretty great week this past week. Most notably, I nailed a penis to a wooden board.

It’s exactly what it sounds like. I nailed a male penis to a board using hammers and, well, nails. And he quite literally asked for it. (Picture at the end, and also – obviously – very NSFW/trigger warning.)

But how does one get there, exactly?

We started off with CBT and ballbusting. A lot of me grabbing his balls directly, pulling them, squeezing them, and twisting them around. He has the type of testicles that, upon first grabbing, one might think was quite large. I quickly realized that it was, in fact, his thick ball skin that made it so much bigger.

And the thing about thick ball skin is that sometimes it can make balls harder to grab. The gonads seem to disappear into the body more easily because the skin is less saggy and therefore closer to the pelvis (rather than the typical loose swinging nuts). It’s harder to get a good grasp on them to separate the balls from the body. And because his balls were being finicky, I frequently had to forcefully grab them, lest they escape me. Unfortunately for him, this hurt a lot more.

I had cautioned him against using the safeword, mostly because I was in that sort of cheerfully sociopathic mood and didn’t really want to ruin my fun. I knew what was on the menu for the day and was quite thrilled about it. I may have overestimated him in that moment.

He verbalized to me that he was getting close to using the safeword after one particularly sharp tug at his balls. It surprised me. Could a man who was asking for his cock to be nailed to a wooden board really be safewording out with me simply pulling on his nads with my bare hands? We were just getting started! This wouldn’t be the worst of it, if I had my say.

The session progressed on, with me tiptoeing the edge between safeword and not. I always like to play that line and see how far I can push someone before they break. I electrically sounded him for a solid hour, pushing up the amplitude higher and higher to see how much he could take. He asked me to turn it up even more. I felt relieved. Perhaps there was salvation in this so-called masochist!

And then, it was time: the dick nailing.

I had already scrupulously cleaned, sanitized, and laid out all the required items. Baked sterile wood: check. Nails soaking in a Cavacide bath: check. Hammer and pliers, cleaned and ready: check and check. Bitch relaxing on a fuck swing, ready to be nailed: check.

When he saw the nails I brought out, he nervously said, “Those are a lot bigger than I was expecting.” I found this hilarious because I had spent a solid two or three minutes staring at nails in the store, trying to decide which size nail was the “nail-iest”. If I chose the smaller ones, they would look like thumb tacks. If I chose the biggest ones, they might be a lot more damaging than he would like (although I am all for permanent marks). I had settled on these particular nails after a lot of hemming and hawing.

Either way, I had nails, and he had a cock. So I nailed him.

Foreskin is surprisingly tricky to nail down when the cock is erect 🤔 pic.twitter.com/RCanoGwFXP

I’m pretty pleased with myself. As a bloodlusty sadist who uses my job to sate my otherwise not-so-savory tendencies, this definitely hit the spot for me. And for him, as well! He handled the pain delightfully well. All my previous fears of him not being a masochist were instantly erased. How lovely!

In fact, he practically asked for more as I was finishing up. The extra cluster on his foreskin was at his own suggestion, that filthy masochist!

I’ve already been thinking of ways to increase the sensation next time. Electrocuting the nails would be a wonderful way of cauterizing the wound and creating permanent marks. Adding an element of predicament bondage to pull his cock and balls in different directions while nailed down would also be so, so fun. Or even adding some silly patterns while nailing would make it look pretty. So many ideas!

In any case, I’ve been in an exceedingly pleasant mood all week because of this. Now if only I had slaves like this every day…